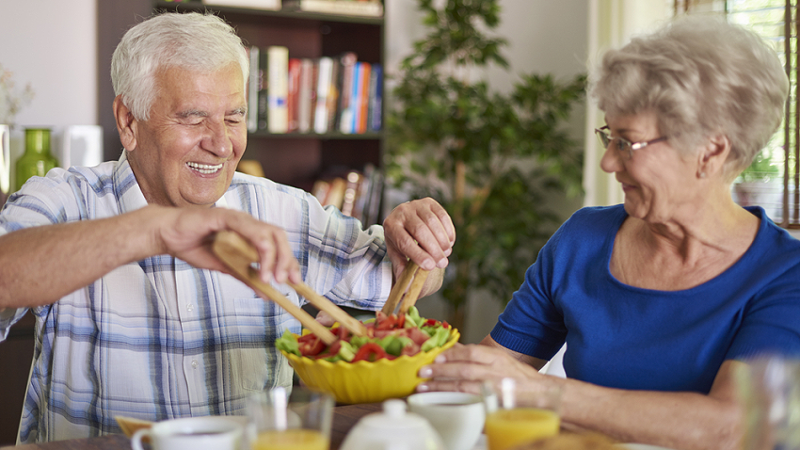 Medical advice can do a lot: the mere repeated prompts to eat healthier and not to smoke can significantly reduce the risk of a fatal heart attack – for a lifetime. This is shown by a study now published in the Journal of Internal Medicine, reports the medical platform medscape.com.

Subjects who were encouraged to adopt a healthier lifestyle every six months for five years had a 29 percent lower risk of dying from a heart attack four decades later. This is what the team around Dr. Ingar Holme from the Medical Faculty of the University of Oslo.

“It is an exclusive study with an astonishing result oriented clarity,” explains Prof. Dr. Helmut Gohlke, board member of the American Heart Foundation and former head physician at the University Heart Center Freiburg-Bad Krozingen, told Medscape US. “The study demonstrates that alone rigorous medical advice can significantly lower down the heart attack risk,” says the specialist. According to Gohlke, there has never been a randomized controlled trial in this area with such a long follow-up period.

The “Oslo Diet and Antismoking Study” started in late 1972. For the study, the initiators invited all 25,915 men who were born in Oslo between 1923 and 1932 to an examination of their cardiovascular health. Of the 16,203 men between the ages of 40 and 49 who accepted the invitation, they selected 1,232 healthy subjects who were at high risk of cardiovascular disease due to high total cholesterol levels. 80 percent of the participants also smoked.

The participants were divided into two groups: In the intervention group, the subjects were examined every six months for five years and encouraged to lead a healthier lifestyle. They were advised to eat less saturated fats and instead eat more fruits, vegetables, and fish. The doctors advised overweight subjects to eat less sugar and thereby lose weight. Smokers were asked to quit nicotine.

At the end of the 5-year study, the subjects in the intervention group had a 47 percent lower heart attack risk than the participants in the control group. And this advantage lasted a lifetime: Even at the end of the 40-year follow-up period, the risk of dying from a cardiovascular disease was still almost a third (29 percent) among men who had once been encouraged to adopt a healthier lifestyle. reduced.

Especially in the first 15 years of the follow-up, the differences became clear, write the researchers around Holme. After that, they remained largely constant. When the scientists looked at all causes of death, however, significant differences between the participant groups could only be seen in the first eight to twenty years after randomization. The researchers obtained the data on the causes of death from the Norwegian Central Statistical Office.

Benefits of changing your diet

Holme and his colleagues assume that the change in diet in particular gave the subjects in the intervention group the survival advantage. Although the doctors’ instructions had a clear effect on the consumption of saturated fats and thus also on the total cholesterol level of the participants, only a few test subjects gave up smoking as a result of the medical advice: 21 percent of the intervention group and 16 percent of the control group Men.

However, since a clear correlation between the number of cigarettes smoked per day and the number of fatal heart attacks has been seen, it can be assumed that the request to abstain from nicotine also contributed, the researchers around Holme write. Based on their statistical analyzes, the doctors estimate that around a quarter of the observed differences between the groups of participants can be attributed to a change in smoking behavior.

The results are remarkable

However, all of the results can only be transferred to the relatively small population group of male smokers with a high total cholesterol value, says Holme’s team, limiting the validity of its study. In addition, such a risk profile occurred 40 years ago much more frequently than it does now.

Of course, every study has its limitations, says the German heart specialist Gohlke. Nevertheless, the physician is enthusiastic about the results of his Norwegian colleagues: “It is remarkable that the advice and conviction of patients alone – completely independent of the administration of medication – lead to such significant survival benefits,” he says.

Wearing fragrances isn’t just important to enhance your attractiveness, but also gives you a boost of confidence.  It goes without saying that fragrances make you more attractive to the opposite

Clear aligners such as Invisalign are fast becoming a common orthodontic treatment alternative to traditional braces. You can have a perfect set of teeth with a skilled orthodontist within 12